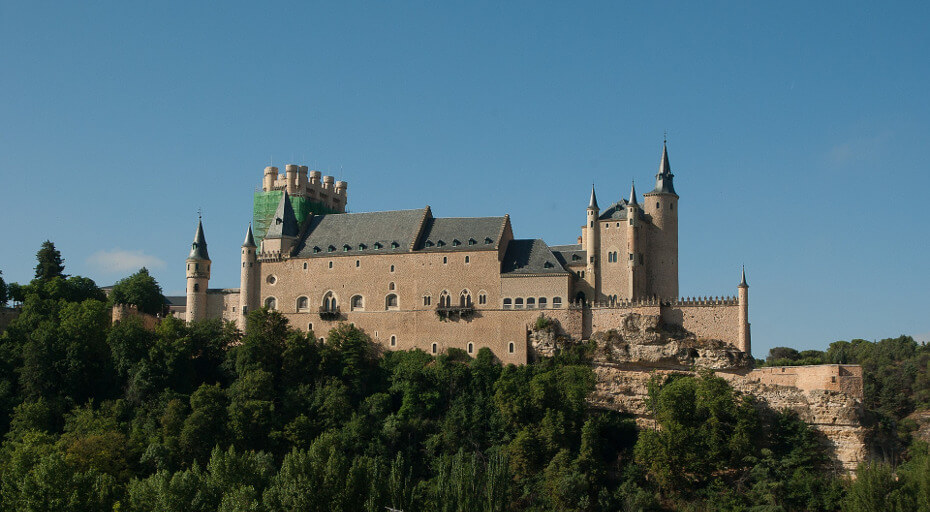 Madrid is a city that never sleeps, so think Segovia for the weekend on your get away from it all-day trip.

Segovia is a town about 68 km from Madrid. You can get to Segovia on the bus or a train in approximately an hour.

There are so many historical sites to see in Segovia that a day trip might be too short for taking them all in.

Let us start with the Castillo de Alcazar (photo shown above). The castle was originally built as a fortress, has been used as a royal palace, a state prison, a royal artillery college and has been in use as a military academy since then. 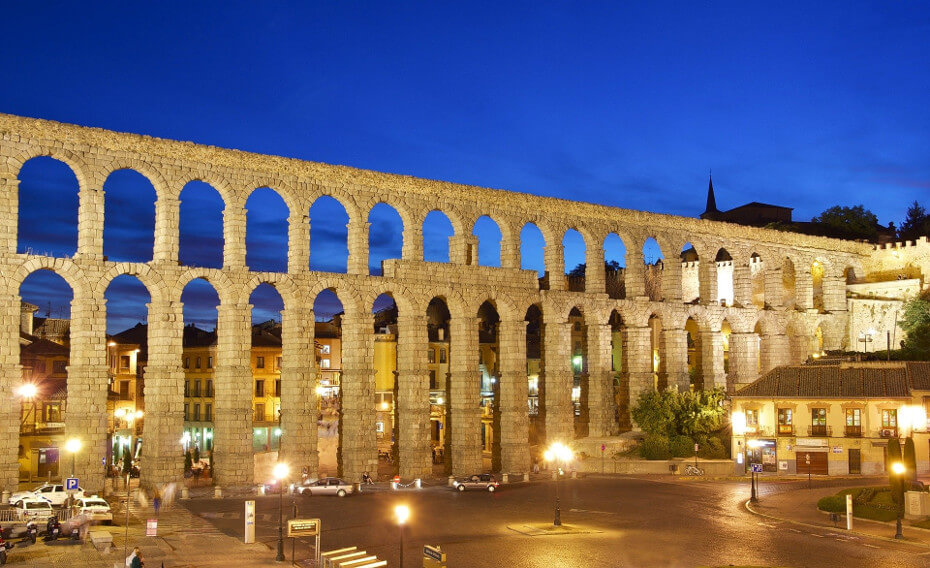 Next on our list of sites is the Aqueduct of Segovia, also known as Acueducto de Segovia, a Roman aqueduct bridge. This aqueduct once transported water from the Rio Frio river situated in the mountains, about 17 km from La Acebeda. 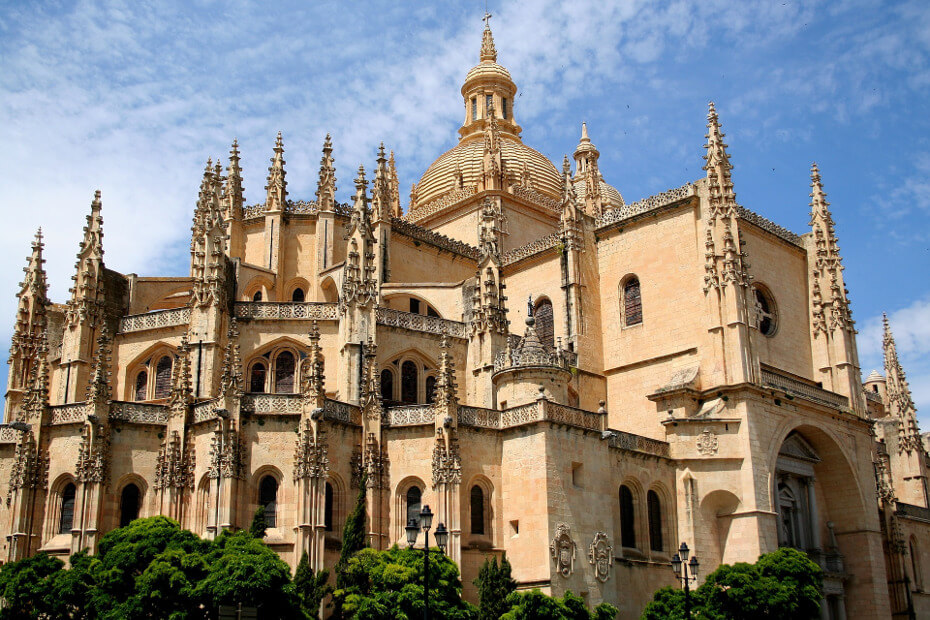 Another place that you can visit in Segovia is the Segovia Cathedral, a cathedral built between 1525 – 1577 in the late Gothic style. This cathedral was dedicated to the Virgin Mary back in the 16th century. The cathedral is in Plaza Mayor, the main square with the same name as the one in Madrid. 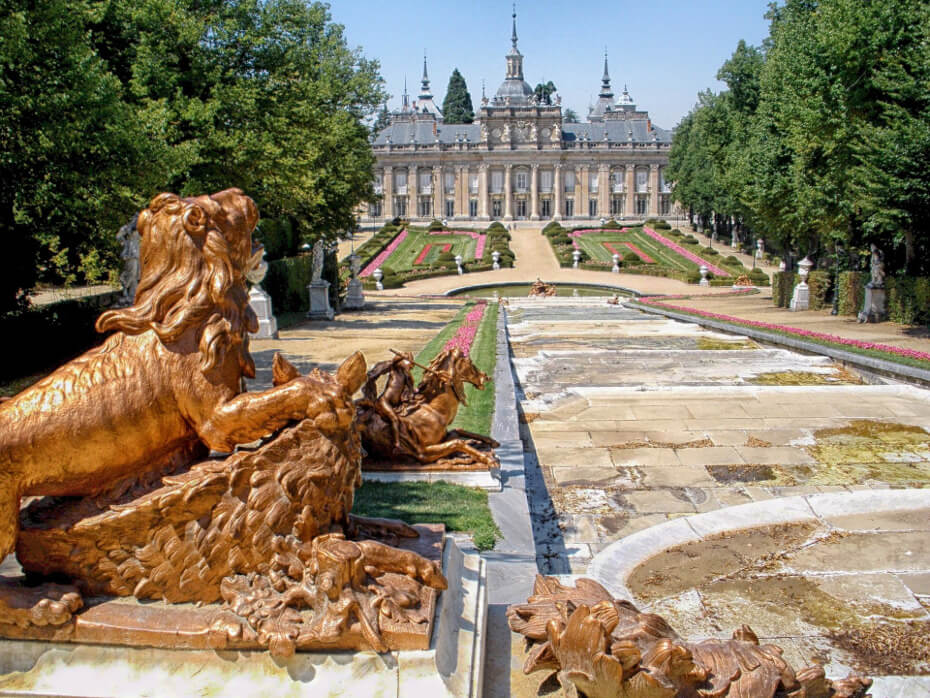 Monks purchased the palace back in 1719 under King Philip V, the first Spanish king from the French Bourbon dynasty.

Around the palace garden, you can see the French Formal Gardens and the Fame Fountain. Taking a stroll enjoying the beautiful Greek deities in this garden makes Segovia a relaxing trip.

Segovia is known to most for its Cinderella-like palaces and its Roman aqueduct. But, to food lovers worldwide, it is also the best place to try these three regional specialities. 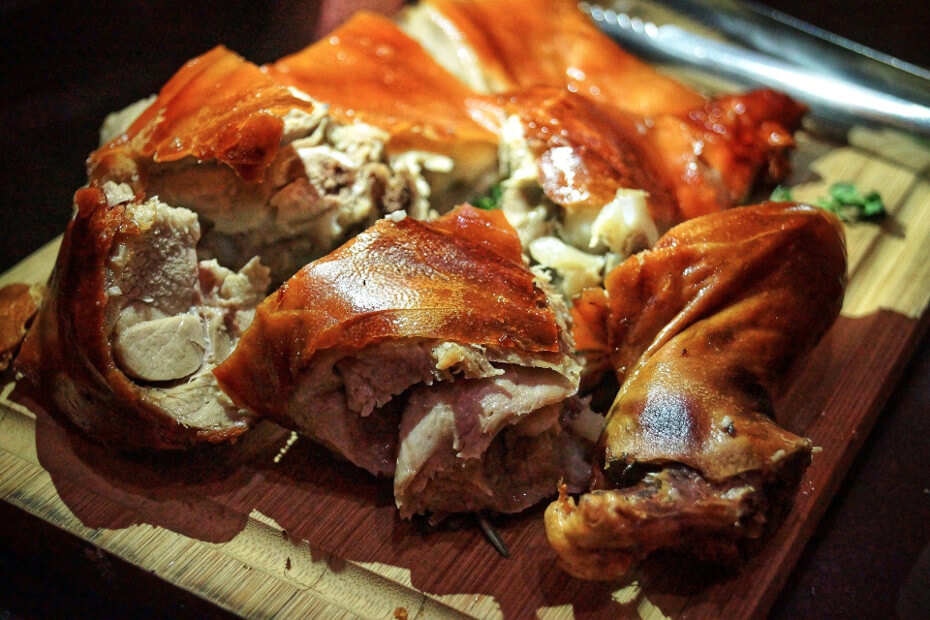 Cochinillo is simple, effective, and one of the most delicious dishes of Segovia you can ever try. It consists of a roast suckling pig cooked in an oven specially made for this purpose. The piglets themselves should be small, weighing between four and five kilograms. Their diet should consist only of milk, and they should never be more than three weeks old.

Along a similar vein to “cochinillo” is its famous counterpart, “lechazo asado”, more commonly known as a leg of lamb. The leg is cooked in a wood-fired clay oven (most typically) for around three and a half hours. This ensures that the meat is exceptionally delicate and tender and slides off the bone. Again, the lamb is usually served without condiments or side dishes to preserve the flavour.

These beans are famous throughout the Segovia region, hailing from a small town outside of the provincial capital, La Granja. They are large, white and are often served in “menus de degustación” (taster menus) throughout Segovia. In addition, the beans themselves are often incorporated into stews or vegetable dishes. The sauce that accompanies them is known as a “sofrito”, which is essentially tomatoes, onions, carrots, and paprika fried together over low heat.

Eating in Segovia is a hearty affair, complete with significant portions of incredibly filling food. However, like in anything else, you got to strike a balance. Did you enjoy Segovia? I hope you did because now that your batteries are re-charged, it is back to Madrid refreshed and ready for Monday’s TEFL job.