What are the best countries to teach English in Europe? 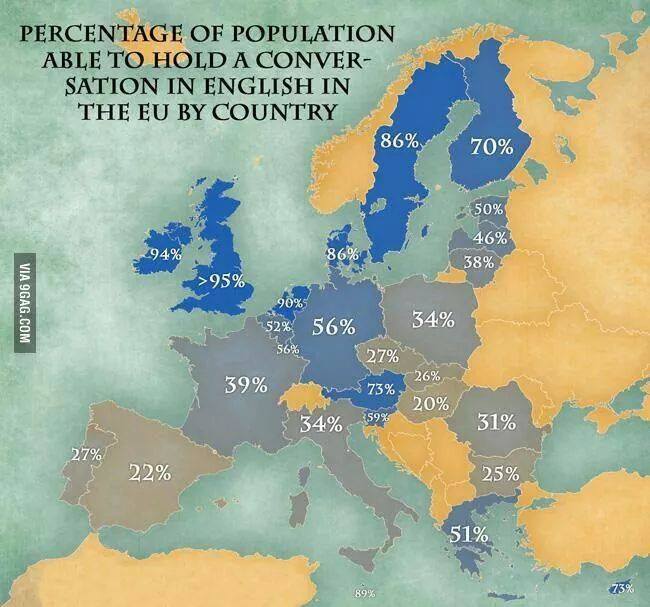 Low numbers mean that English knowledge is poor. High numbers indicate that the level of English proficiency is good. The UK and Ireland score the highest, so no surprises there.

A graph of English skill levels by European country 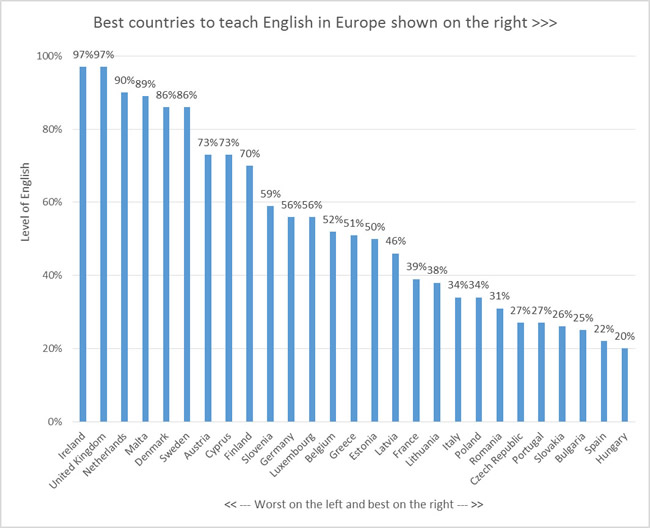 Four countries stand out as having the worst level of English.

According to the European top destination guide 2014, two countries are in the top 10 favourites.

According to the European top destination guide:

Madrid is an open-minded city where culture and entertainment share a thriving space. The Spanish capital makes everyone feel right at home while providing them with some of the world’s most interesting tourist attractions.

Budapest is a city of full of surprises and wonder, with its lively centre, pretty parks, majestic river, tall church spires and lavish spas. One of the most exciting cities in the world.

We’d add that the weather in Madrid is probably a bit better than in Budapest. As for things like wine and lifestyle, Madrid is almost certain is the unchallenged winner.

What sets Spain apart as the TEFL hotspot in Europe?

According to a study by EF English First and comments from The Economist, there are two explanations. The first explains why English knowledge is poor in Spain, and the second explains why Spain’s attitude towards English is changing.

The Economist states that:

Several factors correlate with English ability. The larger the number of speakers of a country’s main language, the worse that country tends to be at English … This may also explain why Spain was the worst performer in western Europe, and why Latin America was the worst-performing region: Spanish’s role as an international language in a big region dampens incentives to learn English.

Crisis is driving change. Spain’s ongoing economic crisis is also having a major impact on the importance of English in the country. There are signs that the progress Spain has made in English will continue in years to come. A growing acceptance of English as an essential tool and a pro-English government are all driving more people to study English with greater intensity than ever before. There is still a great deal to do, but Spain appears to be well on its way to embracing English as a necessary skill in a globalized world.

If you want to teach English in Europe, put Spain at the top of your list.

If you are not from the European Union and would like to learn or improve your Spanish and teach, we can organise classes with a Cervantes Institute school that includes a one-year student visa.