Jan and his experiences as an EFL teacher in Argentina 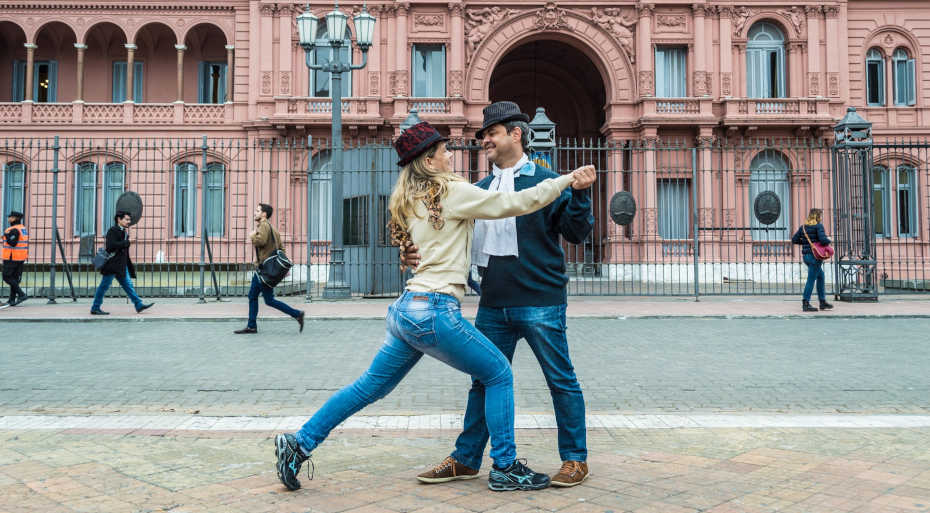 Hi, my name is Jan, and I was born in Norway 25 years ago. I finished my studies in Anthropology last year. However, I needed some freedom and new experiences before looking for jobs. Maybe some months of backpacking in Asia could be what I needed? Or I could take the train through Mongolia and end up in China?

“But I thought you wanted to go to South America”, my mother said when we talked about this one night.” Yes”, I said, “but if I go there, I would like to stay for a while”. “Actually”, my mother replied, “I thought that was why you chose Spanish as your second foreign language in high school”, she continued. “So, will you give me the money I need to survive and travel there?” I said. “Not a chance!” was her answer. “Why don’t you teach English to earn money for a living and travelling?” she asked. “What?” I said. “Teaching English? I have no idea about teaching. How did you come up with that idea?”

Then she told me that at work, during lunch break, one of her colleagues mentioned that her son was in Madrid. Her son arrived in Madrid as a qualified and certified Trinity CerttESOL teacher. He would teach in Spain, learn the language and travel the country. “But how did that happen?” I said. I knew that her son was not a teacher, let alone an EFL teacher. “He trained on a course with a name like Trinty CertTESOL”, my mother explained. “He did it online right here in Oslo, and after the 4-week course, he left for Spain.” “I heard from his mother that he was having a great time.”, she added.

I told her to ask this colleague a little more about the course. Some days later, my mother came home with the link to the Trinity College CertTESOL. I sat down to study what this was. I have to admit that I got pretty excited about it and decided to email EBC for some more information. I also arranged a zoom call and spoke to some lovely people who told me that getting jobs in South America after the course was not a problem. After one day of thinking about it, I signed up for this course and had four intensive weeks of Online CertTESOL classes. I did my CertTESOL online to save money and allow my school to send my CV to their partner schools n Buenos Aires. This way, I already had six job interviews before leaving Oslo.

I had six skype interviews for jobs in Buenos Aires, and I said yes to the academy that offered me most hours per week. The academy helped me find a place to stay, and I was ready to give it a go. However, I had no idea about Argentina and B(uenos) A(ires), so I almost felt like gambling with my life when I was going to the airport.

Bags packed and away I go

I packed my bags and ensured my suitcase had lots of summer clothes because I was arriving in January, which is the summertime in Argentina. I left Oslo in winter with 15 degrees below zero and arrived 15 hours later in B.A. in summer and 38 degrees! I was confused by the opposite season and jetlag; I met a representative from the academy that drove me to the flat I was going to share with two other teachers. They were teaching, so I went straight to bed and had a sound and dreamless sleep until I woke up by the smell of food and pots clanging. I got up, greeted my flatmates, took a shower….and now what?

My flatmates told me we lived in a relatively safe, upper-middle-class neighbourhood called Barrio Norte. At the same time, they told me which areas I shouldn’t go to. Good to know for an innocent Norwegian!

I decided to walk in the streets nearby to get first impressions of my “new home town”. Then, after some brief instructions from the others, I set off. I promised to be back before 22:00, so we could go together and have dinner at an Italian restaurant.

The streets in the neighbourhood felt so familiar, and I suddenly realised that they reminded me of France, and a little bit of London, a little bit of Europe in general. The buildings were tall and slim, and the entrances were so well-kept and stylish, really impressive. Between these tower-like buildings, I saw buildings that reminded me of Madrid or places in Italy and others that were lower in a more colonial style. Most people looked like southern Europeans and seemed to have the same habits; all the cafeterias and restaurants were full of people drinking coffee or wine under the shadows of enormous trees.

It was hot like in Madrid but extremely humid. I felt like a layer of humidity was covering my body, so I decided to sit on a terrace and have a coffee. The waiter came with the coffee, a small glass of sparkling water and a piece of chocolate. I understood what he was saying, although his Spanish was different from Spain. He was “singing” Spanish sentences; it sounded like Italians speaking Spanish.

I emptied my coffee and went on. Like in Spain and Italy, I realised that people here also liked to be out in the streets, and they were speaking and gesticulating all the time.

Suddenly I found myself on one of the biggest avenues I have ever seen, and several of them crossed the city. It took ages to cross them, and it struck me that I was in a vast city. It looked a bit like London if you filled London with Italians and Spaniards. I couldn’t tell whether I was in Europe or South America for a short time.

I came to an open space, a mixture of park and square, and straight in front of me I saw that famous cemetery “Recoletas”, and I had to go in. It looked like a city, and the tombs looked like palaces. I had to take a selfie in front of Eva Peron’s grave. Amazing.

Coming back to “real” life again, I decided to sit down under some gigantic trees watching some couples dancing the tango for the tourists. God, they were good and had very complicated but sensual and elegant moves.

I was so occupied with all these new things around me that I didn’t notice that it was getting dark and it was time to go back. Easier said than done. I had no idea how I got here; all of a sudden, all streets looked the same and having walked for some time in different directions, I also realised that I wouldn’t be back walking. So, I turned Norwegian, got a taxi and returned home five minutes to ten.

“Do you like pasta and pizza?” my flatmates asked. “I’d rather have Argentine food”, I said, not knowing that the best Italian food you’ll get outside Italy is probably here due to Italian immigrants. And it’s true; I had the best kinds of ravioli ever!

The following day, I had another sensational food experience; the bakery and pastry. Forget about French croissants! Try the Argentine “facturas” and “medialunas”; the variety, the texture and the fresh tastes are far beyond anything I’ve ever had before. I was soon going to get addicted, and they are the main reasons for the five kilos I have gained in a couple of months.

Well, one night, we went to buy “empanadas”, and I discovered a new dangerous addiction. You buy them in paper bags to take home and munch on them while watching a movie or socialising with friends.

I’ve only been here for two and a half months, so there are many more things to see and eat. But, unfortunately, I haven’t had their famous “Parilla” (grilled meat). Our Director of studies has invited us to his countryside house for “Parilla” next weekend. It’s supposed to take the entire evening.

… and some teaching on the side 🙂

I have a few classes to plan for tomorrow, so if you will excuse me…………..