Madrid is the city that never sleeps – by EBC graduate Emma 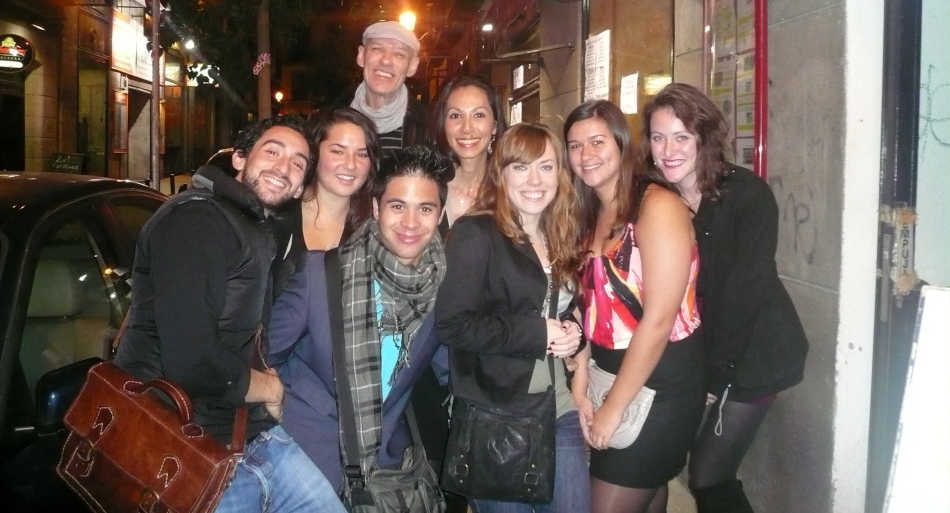 Madrid is not like many European cities. I think it’s more like NYC because it’s the European city that never sleeps.

I’m having a great time here. It’s not my first time in Europe. I went to Scotland, England and Ireland some years ago with my parents, so I know a little bit about the differences between the USA and Europe. I’m originally from West Palm Beach in Florida.

I took the Trinity College CertTESOL course with EBC. The course taught me how to teach English, and the course went so fast. It was not easy, lots of work, but I made it. I’m now teaching 22 hours a week, and I’m happy about that. Some of these classes are at the school where I work, and some are at the students’ offices.

I didn’t have much time to go out and party during the TEFL course. Some Saturdays, I went out with my classmates, and we had fun. Madrid never seems to sleep. The bars, terraces, restaurants and streets are always crowded. You can walk from one neighbourhood to the other, it doesn’t take long. I’ve got used to this walking, and I have lost a few pounds because of that. 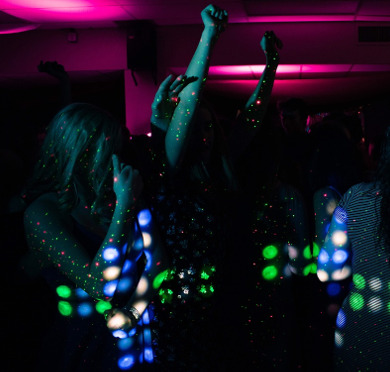 One of the first things I noticed, in the beginning, was that when we went home to finally get some sleep, at around 2 or 3 in the morning, the Spanish would still be hanging around, and they didn’t seem ready to go home at all. In fact, big groups of friends would be moving from one place to another or from one neighbourhood to another.

And that is what this story will be about; how late everything is here, and how important it is for Spanish people to be out eating, drinking or just socialising with others – and much later than what I was used to.

I got a “real-life” insight when I made my first Spanish friends. Oh, the first weekend I spent with them. Yes, you very often spend significant parts of the weekend going out and being with your friends.

Being with so many people all the time was one of my first frustrations. How much time we would spend waiting for friends, and finally how long it takes to say goodbye to their friends. All these aspects will be described in the following little story.

It was Friday evening, and I had been working hard all week, and because of the heat, I hadn’t slept very well. Anyway, I was a bit impatient and restless, I didn’t want to stay home, but I didn’t have anyone to hang out with. So I rested for a while in my flat, took a long shower, and at around ten o’clock I decided to go to the bar down the street, get some beers and some “tapas” (appetisers that you get for free when you order a drink) because then I wouldn’t have to start cooking dinner.

I’ve been to this bar so often that both the waiters and some clients know me and greet me when we meet. It’s a very simple bar, no pretentious interior design, even though quite a few young, modern, well-dressed “hipster-kind of” people come here, together with the “local heroes” from the neighbourhood. 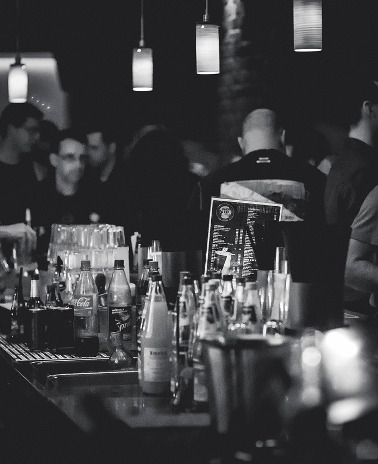 Halfway into my second “caña” (a small glass of beer), a group of 8 – 10 young Spaniards entered the bar, it was around 11:30, and it started to get crowdy both inside the bar and in the street. I had seen most of these people before; they seemed to drop by every Friday and sometimes on Saturday as well. One of them once asked me where I was from.

They were standing next to me at the bar, where I sat, feeling a bit alone and “outside”, eating my “patatas bravas” (French fries with a spicy sauce), reading a travel guidebook about Malaga. (I was planning to go to Malaga the following weekend.) Two of them, who seemed to be a couple, asked me if I had been to Malaga. I told them, no, but I had big plans for next weekend.

They smiled and said that they were both from Malaga and had moved to Madrid to get a job after their studies. So we started to talk about Malaga, Madrid and Spain. They spoke English reasonably well. Finally, one of the group members joined us and said that he had taken a month’s language course in Dublin, and a girl had a sister living in Florida, in Miami.

After a short time, I was included in the group, and they were all standing around me in a circle. They asked me if I liked Spanish food, and I must have said what they wanted to hear because they invited me for more cañas, and before I knew it, I was actually partying with a group of people that I didn’t know at all.

At around midnight, the bar got so crowded that we could hardly move, so we were standing outside in the street most of the time, speaking and laughing, and a lot of other people that I had seen in the bar came and asked me, “GoeR aRe dju fRom” (Twisted English for “Where are you from?”), laughed a lot, spoke very fast in Spanish, and said, “SoRRi (Sorry), no speaking English”. They got relieved when they realised that I could keep a simple conversation in Spanish and joined the group.

Sometime later, I had a brief “reality check” and discovered that it was 02:00 already, and in my world, it was past my bedtime. However, my “new friends” seemed to have other plans and took for granted that I wanted to go with them to another place. They didn’t have to persuade me a lot, so after a short walk, we ended up at a bigger bar with even more people and loud music, mostly Latin pop and reggaeton. Everybody was dancing, singing along, drinking and having a great time, and I just gave up keeping track of time, and the good vibes from these people made me forget how tired I was. 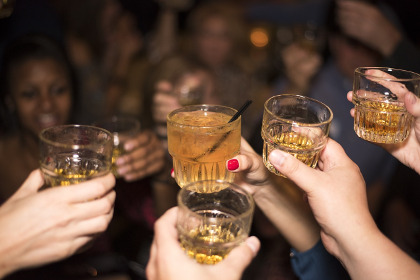 It must have been at around 04:30; we were standing outside to cool down and get some fresh air. Some of them looked at me and the others and said, “Do you want to go clubbing?” Yeah, I thought to myself, maybe next weekend if we start a bit earlier. But, before I could answer, all the others cheered up and began to discuss where to go. I thought I had misunderstood and that the clubbing date was for tomorrow. Oh no! This is Madrid, so they were talking about right here, right now. 4:30 on a Saturday morning!

Partly because I didn’t know exactly how to get home, because I liked these people a lot, and because I really was in the mood, I just followed along as they emptied their glasses and waited for the girls who had to go to the bathroom to fix their hair, I found myself moving to a neighbourhood not far away, and a street with lots of young people hanging out. We lined up at the club, entered a fantastic place with several floors and hundreds – maybe thousands of people dancing, shouting (to be heard), drinking and having a great time. Totally surreal. It was Saturday morning, and people looked like they had just started the party. After some time, I got a bit tipsy and hot. My feet were aching, so I went outside for a rest and to get some fresh air. It was 07:00 in the morning, full daylight, and the party was still going strong. Some from the group came out to see if I was ok and having a good time. Then one of them came with the most shocking suggestion, “There is an “after hour” club quite close to where you
live. It opens at 07:30. We could go there and continue the party.” he said. I looked at him in despair and disbelief, I thought he was joking. But looking at the others’ reactions, it seemed to be the most normal thing in the world to do.

I was amazed. I couldn’t make any sense of this. We had been partying, dancing and drinking since 10:30 last night, and these people were still alive and kicking. What were they made of? I thought we were pretty good at partying back home at college, but we would typically be so drunk at 3 a.m. that we would have to go to bed, while these people hadn’t had enough yet, and were still on their feet, having a great time. 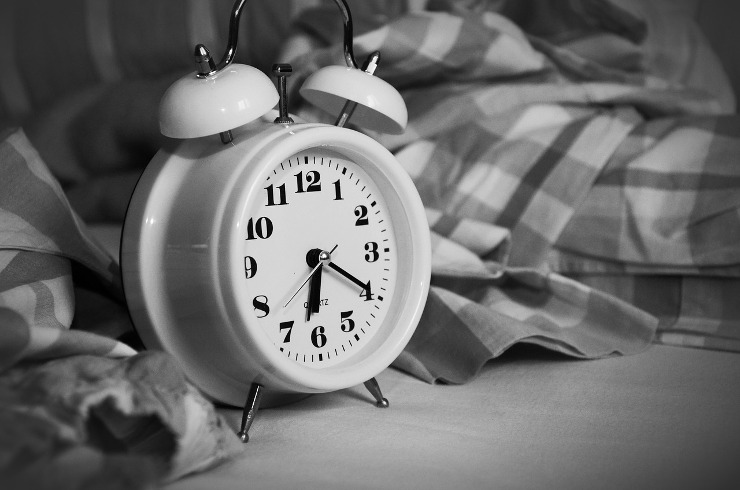 As it was on my way home, I agreed to join them, and using half an hour saying goodbye to those who left, waiting for the others to come, and finishing the talks with people around, we were on our way. I could hardly walk and had already decided to go home and straight to bed.

Arriving at this place, we realised that there was a huge line to get in, and it didn’t seem to move very quickly. Most of the group gave up and decided to forget it. Can you imagine where we ended up instead? Well, I just finished having breakfast at the bar down the street where I met them yesterday. So, I could add a new cultural experience to my list: Having breakfast BEFORE going to bed.

And you say that New York is the city that never sleeps? After two days with my new Spanish friends, I will have to disagree.