Course choice: Recommended by a friend

Continuing my last post, I meant to reference the old movie about motorcycles… there is an excellent reason for this. The Greek culture has an intense interest in driving fast and almost at wit’s end … especially on motorcycles and scooters. 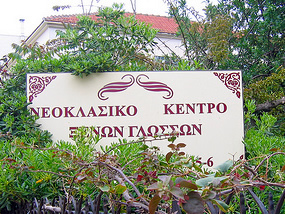 One of the most amazing things I have ever witnessed happened in Chania. I was walking down the hill after class … making my way to the market (Agora) … at a stoplight, a woman was driving a scooter … a child was standing between her legs holding on to the steering and someone, which I suppose was the grandmother, was side saddled on the back.

The point of this narrative is that traffic is very chaotic, and the rules of my known western world do not apply, but the beauty is that it all somehow works.

Traffic moves quickly … foot and automobile … but there seems to be a set logic, and if you follow the running current, you will be fine. I was fortunate enough to meet a friend who used to drive cars professionally, and I will not say for what profession, but he was always willing to take the auto out for a spin … and me to the airport when needed.

The culture is most kind and welcoming … the food is excellent, and even the traffic speed eventually turns into a better version of frogger or at least a lesson on Darwinism … I will tell you from personal experience that I should have been wearing sandals with a strap on the back and not flip flops … shorts, not pants, and a light shirt not long-sleeved. I had recently come from Maine … that was my lack of research.

The TEFL school in Chania 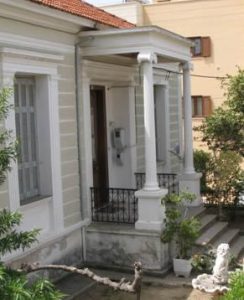 There is absolutely no accurate word way to describe the school in Chania. With that said, I will give it a shot. I arrived a week early to feel out the situation. All the information was provided, and my apartment was set up for me … as I have mentioned … what I did not know were the ins and outs of the town … who could? This was my first visit to my family’s homeland. I had been told what to look for and where but I was still off from my trip. I found the school, and it appeared locked. I had a fair amount of fear and trepidation. I forgot that the culture celebrates a midday nap. 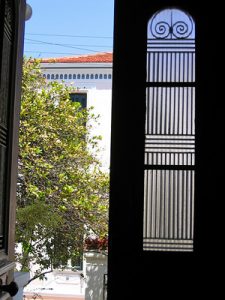 The shutters of the school, houses and businesses are closed. The people of the fabulous island go indoors to cool off. Many nap and others sip coffee or other things in the coolness of the shade. Most houses are tiled with cool floors. There are fans, and to be quite honest, some salty winds that scent the air and are probably why there are citrus trees everywhere. Free fruit is not an issue.

When I finally gained access to school, and this was just about six pm … The school director is an Irish implant who visited 20 years ago and did not leave. I was welcomed kindly. 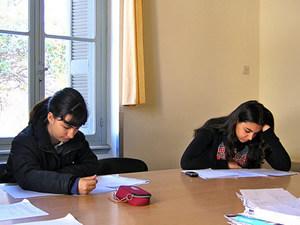 The school is rustic and enticing. It is colourful and comfortable. There was never a moment that I did not consider myself very blessed … except maybe when I had my first class to teach. I have no problem admitting that teaching can be shocking, but when I asked to have a class without observation, a whole new world of education erupted for me … and I think the Greek kiddos had a blast as well. 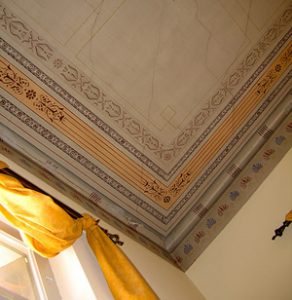 There is something in the school walls, the courtyard … the steps up and the sea air.

The only problem I came across was realizing that a nod up and down is a ‘no’ and side to side is a ‘yes’. It is worth doing a bit of research. 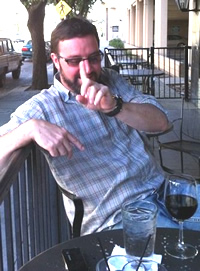