Story telling 5: A Latin in America. 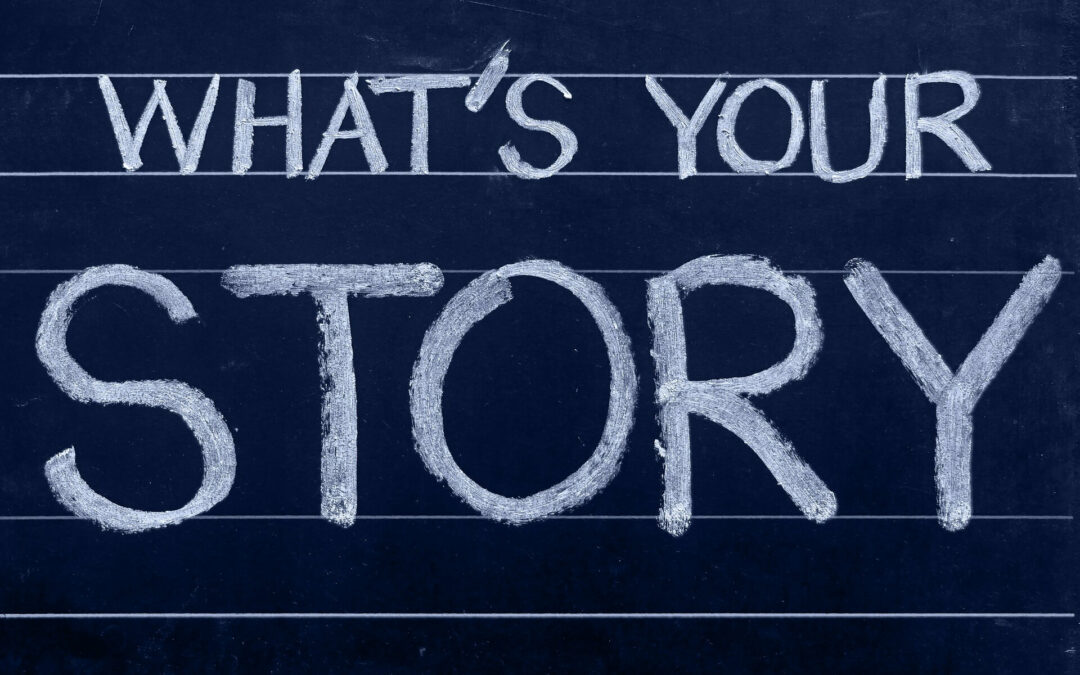 Hi, my name is Gloria.

I am 23 years old, and I was born in San Diego, California. My grandparents are from Chile and Mexico, my father was born in Chile, and my mother was born in Mexico. Both families moved to the USA when the children were small, so my parents were raised in the USA.

My father has never been to Chile and doesn’t feel comfortable speaking Spanish. However, my mother speaks Spanish quite well, and we have visited her family in Mexico several times. I understand some Spanish, and I have taken Spanish classes at college, but I cannot keep a conversation. This frustrates me a bit. I want to speak to my Mexican family and independently travel around Mexico and Chile to search for my roots. With my family and friends here in San Diego, I only speak English. It’s true that’s a lot of people here speak Spanish, but if you want a good job, you need to speak English perfectly well.

I finished college last spring, and I am working at a health clinic as a nutritionist. I like the job, and I feel happy about living in San Diego. I want to be close to my family, and we spend a lot of our free time together. I like to make food and go shopping with my mother, and sometimes I help my father with gardening around our house. If I’m not with my family, I hang out with my friends. Most of them have Latin blood like me.

However, I feel that I should fulfil a few dreams before I settle down with a family and a stable job. I think I should take advantage of my young age and try out different things first.

I want to travel around the world, especially in Europe. 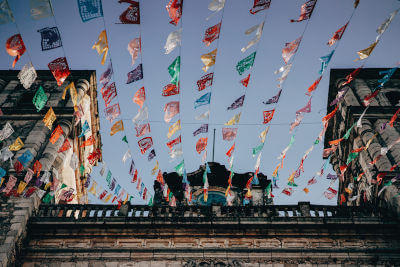 As I have already mentioned, I would like to visit and stay for a while in Mexico and Chile, and thirdly, I would like to improve my Spanish and bring it to a conversational level. This might be easier said than done. I haven’t saved a lot of money, and my parents cannot afford to sponsor me for a long time. (I have four minor siblings, and my parents have been working hard to give all of us the best opportunities.)

I need to find a way to travel, earn some money, and improve my Spanish.

I discussed these thoughts with my cousin and my mother some time ago, and they were a bit surprised that I was so clear about this and that I wanted to do it NOW. My mother is a bit conservative, and she didn’t want me to go anywhere at all. She wants me to stay at home until I get married. She is afraid that if I go abroad, I will never return home or something dramatic could happen when travelling so I would get severely hurt or even worse…..She is like that, worried all the time, and she wants her children around as long as possible.

My cousin thinks more like me, and we discussed travelling together. She plans to study medicine but would like to have a break before doing that. She is curious about most things in life and is keen on discovering the world, especially her roots in Latin America. She hasn’t told her parents anything about this, and she is a bit worried about their reactions. She is only 21 but feels that her parents sometimes treat her like a 12-year-old.

The main obstacle for both of us seems to be the practical part of this, which is called money! I have seen online that some wealthy families in Latin American countries want nannies for their children who speak English. In Spain, I have read about families looking for au pairs, working more or less under the same conditions. 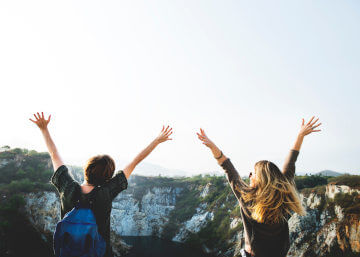 Lately, my cousin has told me that she may not persuade her parents. They think she’s too young and should get her medicine studies done first. In addition, she is already fed up taking care of her younger siblings and doesn’t want to spend her “free year” doing that. I am not too happy about working with small children, and I’m afraid that I will be working all day without any real free time, and then, what’s the big idea?

Then one day, when I was surfing the net without any specific aims, I discovered a web page about working as an English teacher abroad. English teacher? I had never thought about that before, and I didn’t know it was possible. Could I see myself as a teacher? Isn’t that boring and a lot of trouble with rude kids and disengaged teenagers? I left the web page immediately and didn’t think more about it the rest of the day.

It was only that some days later that we spoke at work about cultures, different cultures and general assumptions we all had about these things, stereotypes and those things. One of my colleagues had travelled a lot and had visited all continents.

She showed us photos and told us some fun anecdotes from her stay abroad. I was excited at the thought of travelling and learning Spanish. I stayed after work to talk with her, and one of my questions was how she solved the money issue. Then she told me about a Trinity College CertTESOL course that she had taken in Madrid, Spain. After four intensive weeks with lesson planning, grammar reviews, teaching practice classes, and many other things, she got the certificate for having passed the course. After that, the EBC centre in Madrid sent out her CV to around 360 private academies in Madrid, and in the following weeks, she was busy going for interviews. Finally, after three weeks, she had more than enough work to live on and could start enjoying life with her friends. 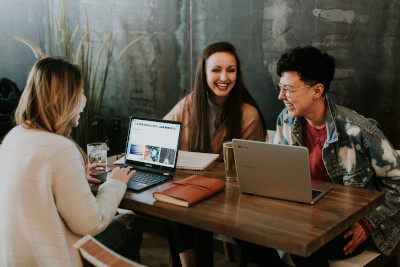 She took Spanish classes and worked 20 hours a week, enough to have some fun and travel around Spain at weekends and holiday periods.

She said that we could meet over a coffee one day, and she could explain to me the procedures about signing up for this course, getting a student and a place to stay.

She also said she would advise me on tickets, leaving my job and parents, friends, and the USA. “Oh, my God”, I thought on my way home, “is all this possible?”

Coming home the same evening, I ran up to my room, threw my things on the bed, turned on the computer and went straight to the website. After a while, I wrote an email to the school.

The next evening at dinner I told my parents about my plans. My father went ballistic! “I can’t stop you from doing it, but I don’t understand why.” “I mean, we have everything you need here in the States.” My mother was about to start weeping, but I could feel that she understood why I wanted to do this and was a bit proud that I was so definite about it. Before going to bed, she whispered to me, “I will support you with money for the ticket if that becomes necessary.” She was most worried about me going there alone.

A few days later, I received a very friendly response from EBC, and later the same day, we spoke on the phone.

I was told to fill out the application form. The preadmission tests were scheduled, I passed both, and I got my acceptance email! Hoorah!! The few dollars I had saved were enough to pay for the course fee and the tickets. I would maybe need some help from my mother to survive the four weeks of the course while waiting for my salary…….

Now it was time to sort out the three remaining issues. I had to book a ticket, find a place to stay and get a student visa.

I got hold of a pretty good ticket via London. EBC helped me with links to find a place to stay and informed me about the procedures for the student visa. All these things took some time, so I was happy that I didn’t wait until the last minute. 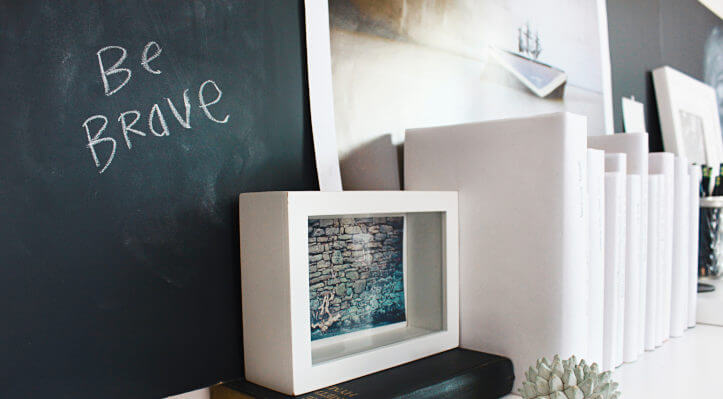 I had planned to arrive four days before the course started, to get used to the city, check out the flat, and get myself used to the transportation system in Madrid. In the States, we drive everywhere; in Europe, they use more public transportation, and I like it. So I will go on the metro in Madrid. A friend said the metro is clean and cheap. They told me we had discounted fares because I was below 26.

Tonight is the last night before the big day. My flight is tomorrow at noon, and the atmosphere around the dinner table was a bit weird. My father didn’t say much. My mother took all opportunities to touch me and caress me, and my little sister had already started to move her things into my bedroom that from now on and for at least a year onwards, my room would be hers. I could hardly sit still and had to check repeatedly where the passport and the tickets were. I didn’t sleep well that night, and I had a strange dream, almost a nightmare about arriving in Madrid, and nobody understood what I was saying.